For the permanent exhibition of the Egyptian dead scroll depicting Djed-Maät-ious-anch.

I was asked to start from the dead scroll scanned image and make a visual explanation of all the scenes on the scroll. I had to start by looking up all the figures that where displayed on the scroll, and present them in a more graphic representing and recognisable way. I started out by listing up all the elements I needed to illustrate in Illustrator. For that I had to keep in mind that they had to be animated in a 2D way. So I drew all the images in Illustrator making sure that they could easily be animated. That means every element that moves needs to be on its own layer, that way its easy to import those layers into After Effect, give them a bone construction and animate them. When all that was finished, I created the interface in witch the scenes could be shown, along with the text and explanation of what was going on in every scene. When all the preparation was finished I animated scene after scene. All the scenes are presented on a touch screen so when you click on a part of the original scroll you get to see the explanatory animation for that scene.

The permanent exhibition can be visited at the ERFGOEDBIBLIOTHEEK HENDRIK CONSCIENCE Antwerp Belgium. 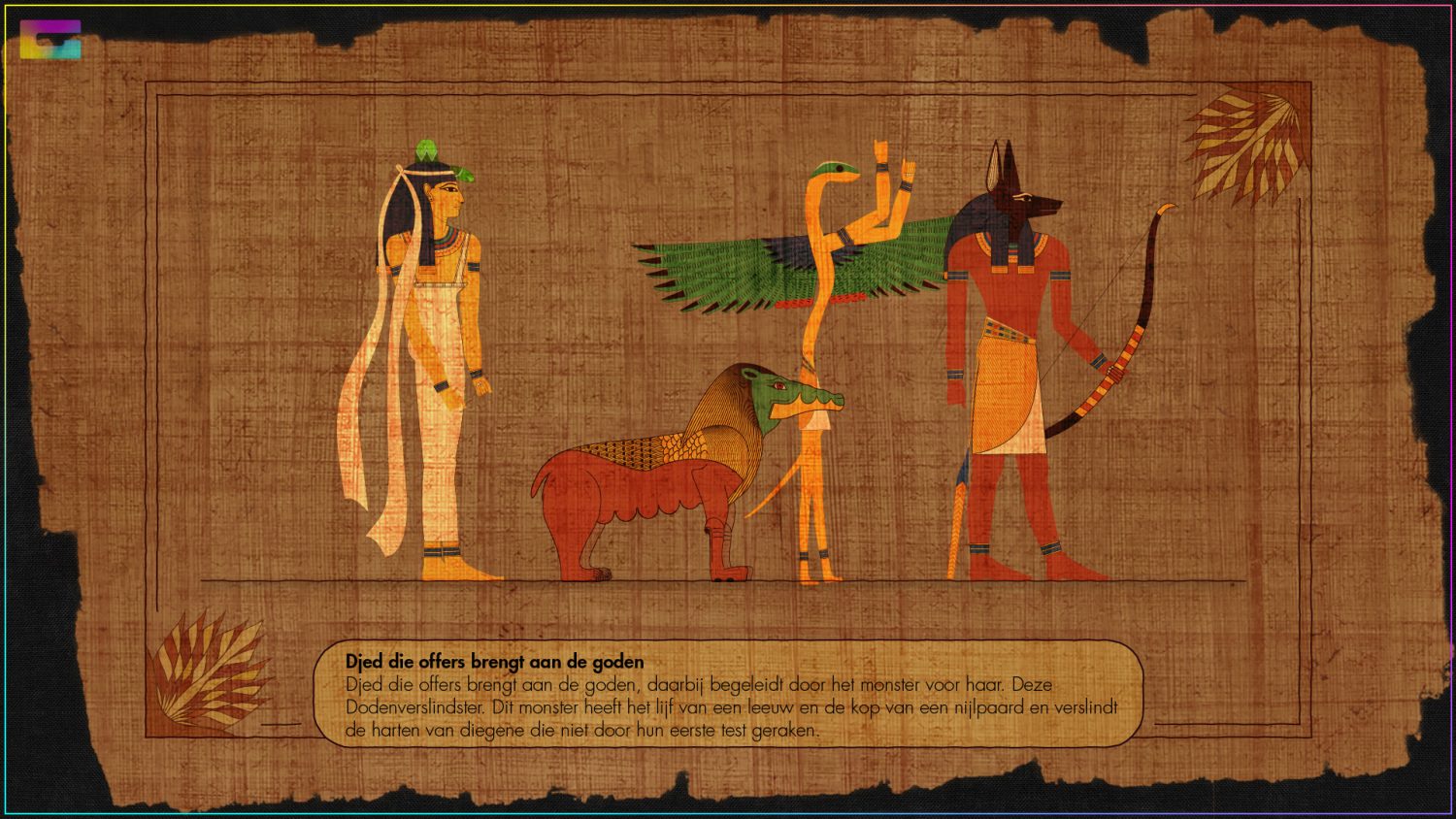 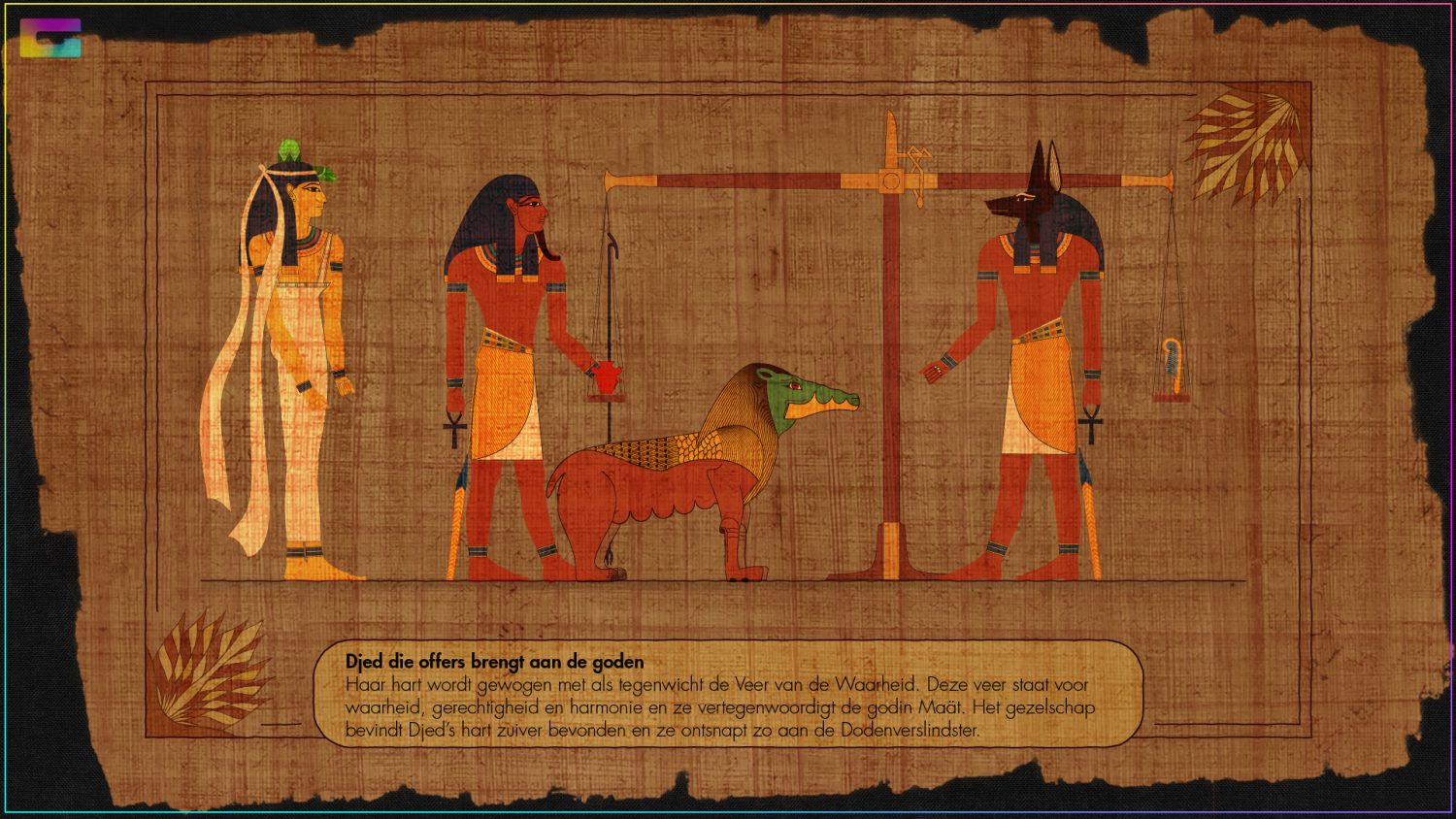 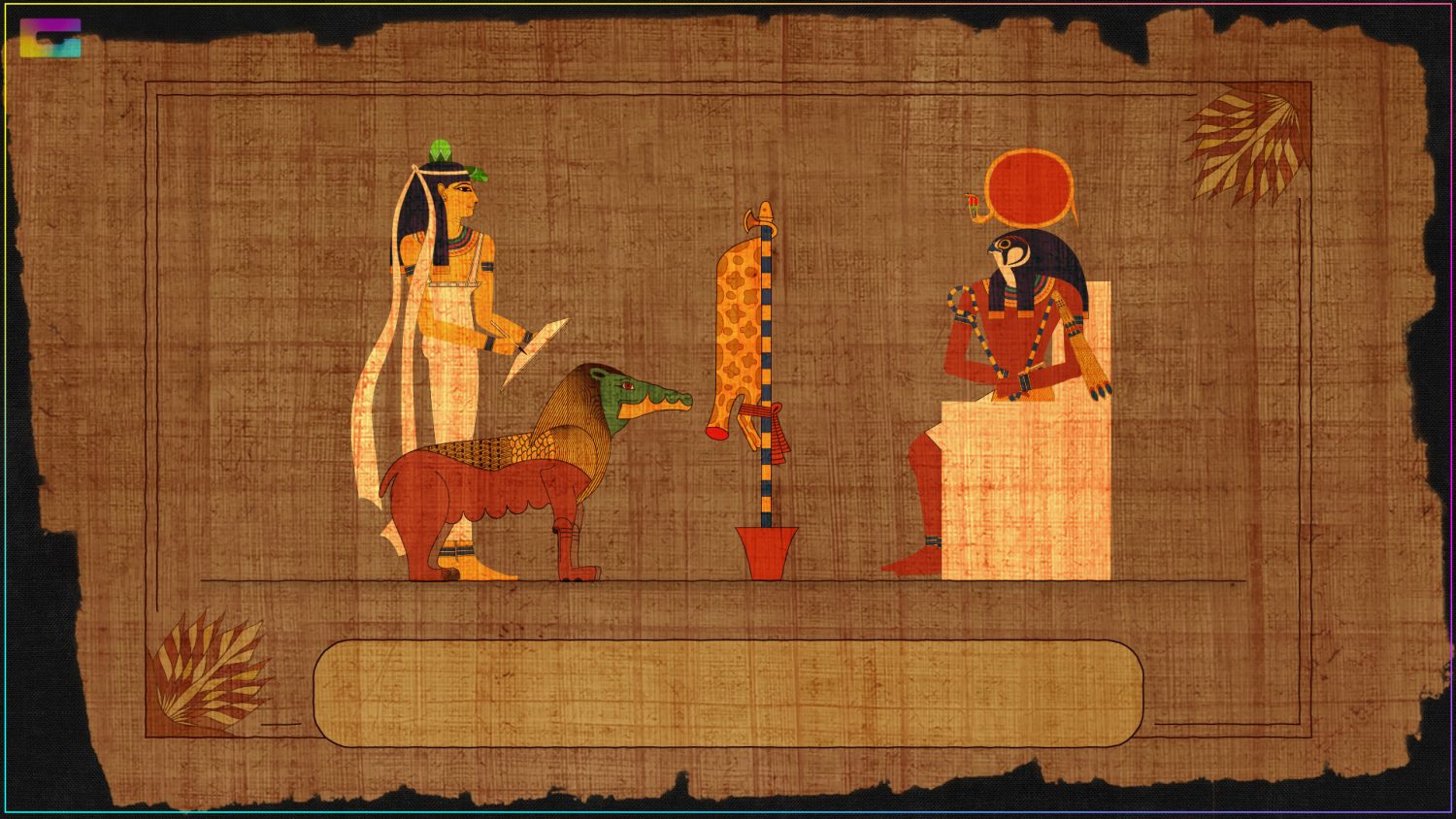 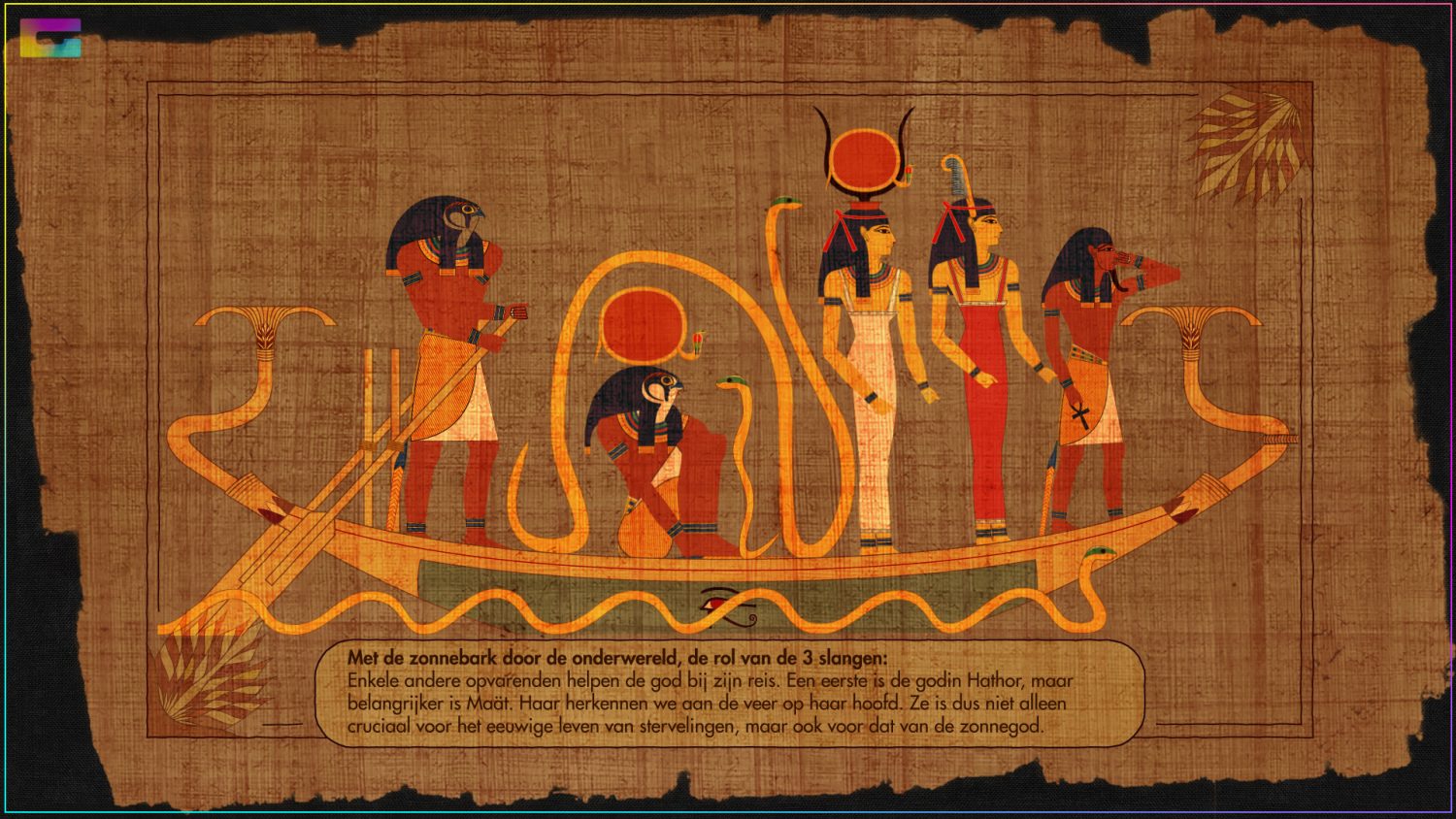 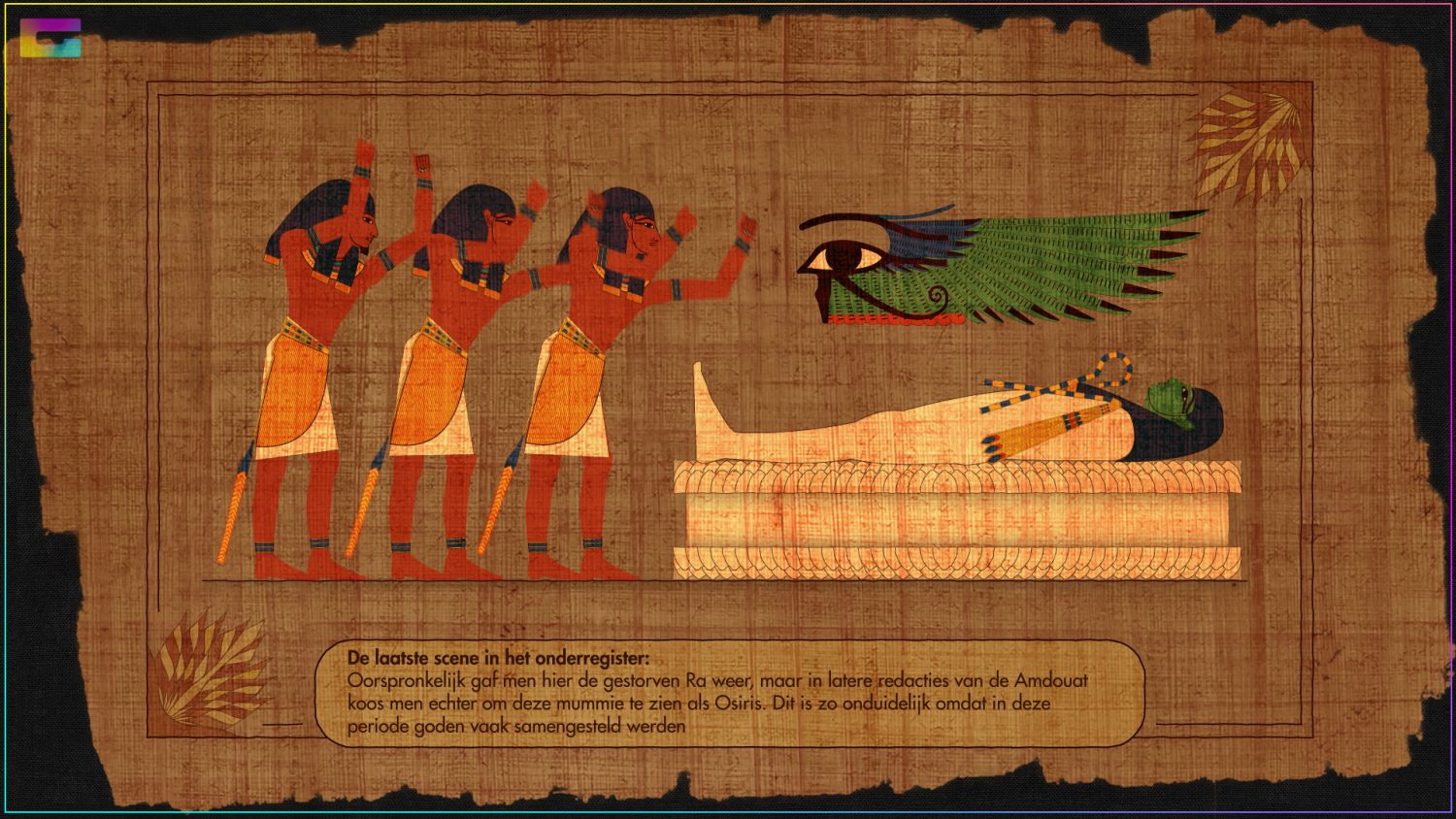 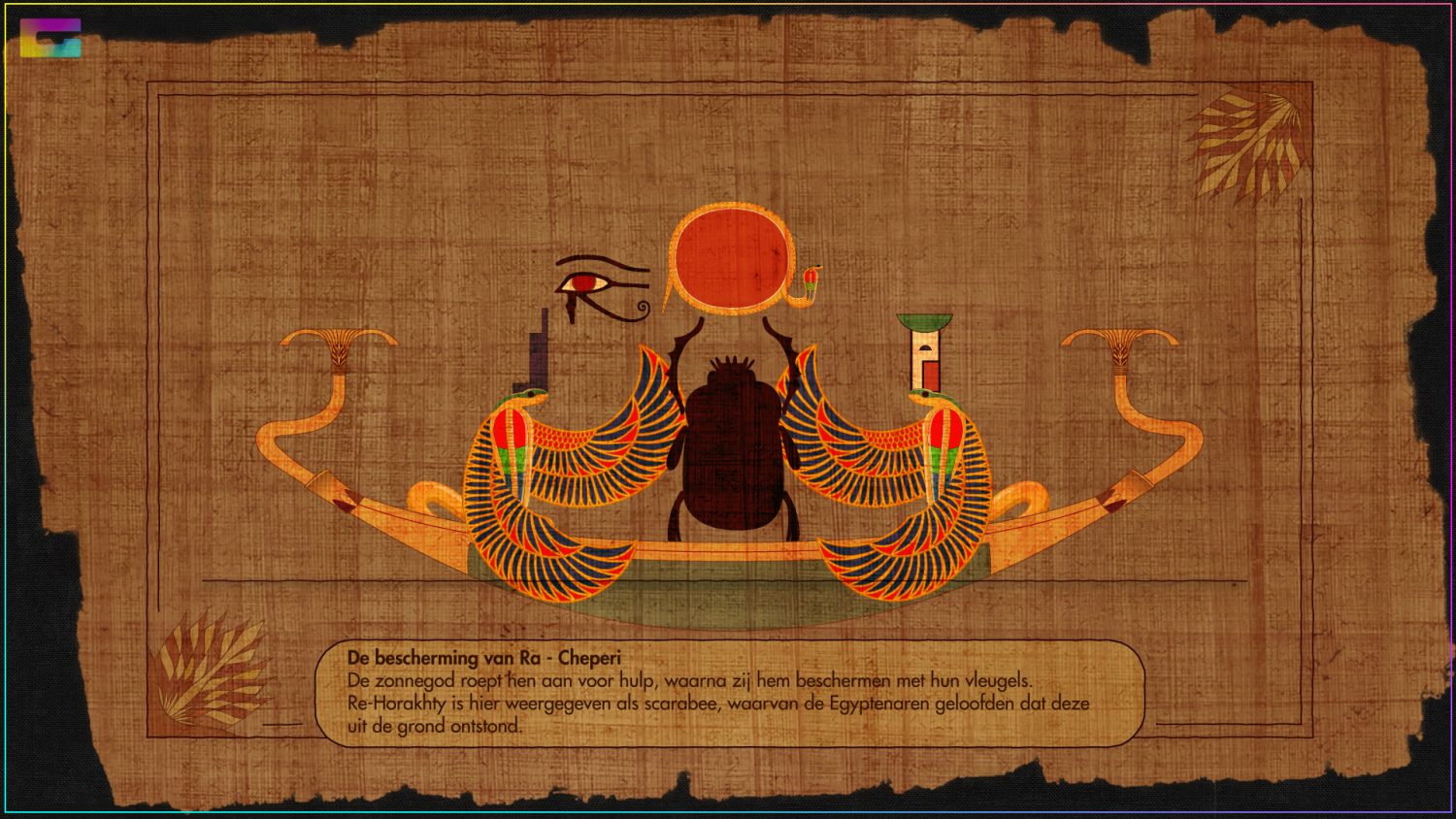 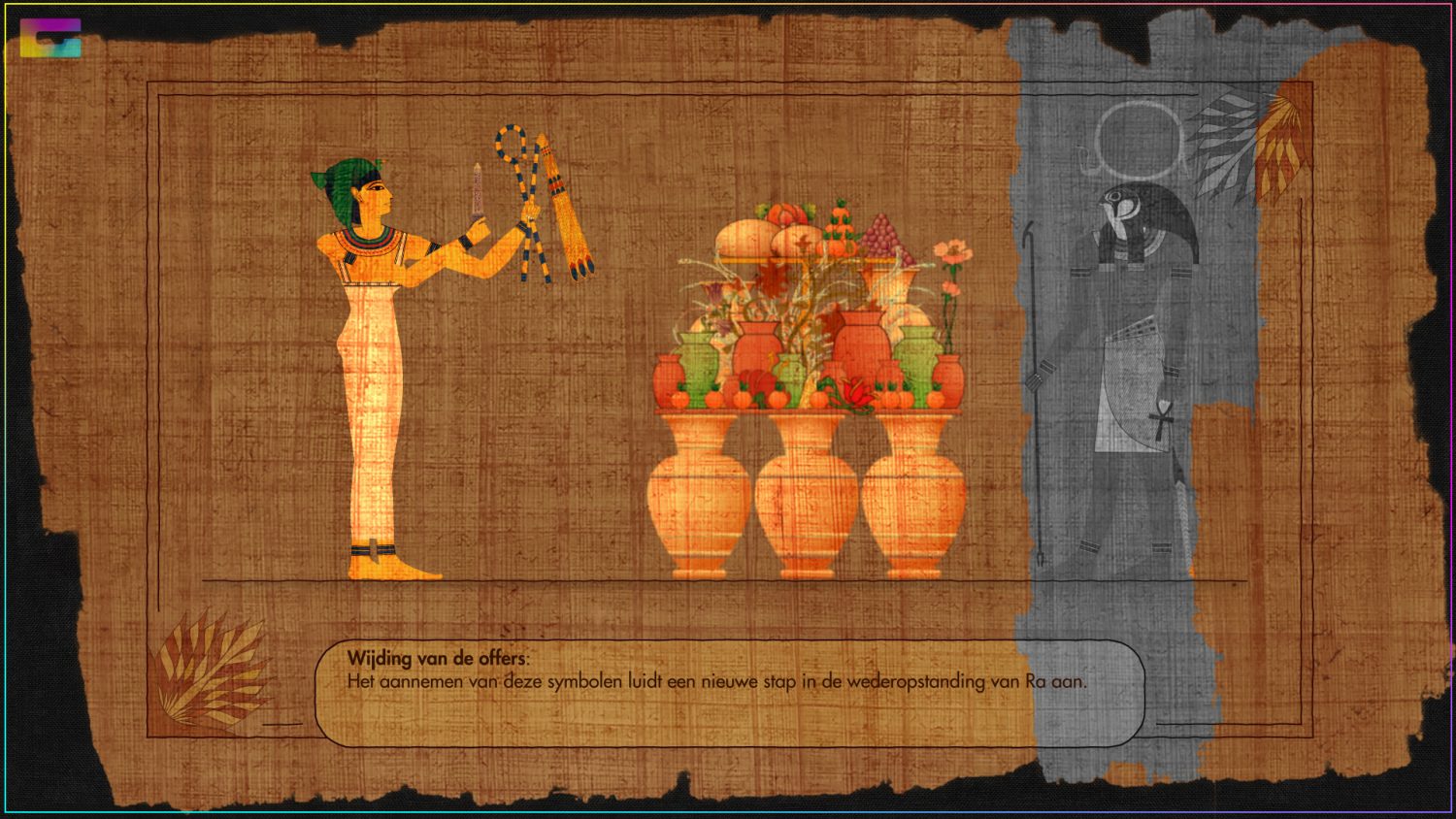 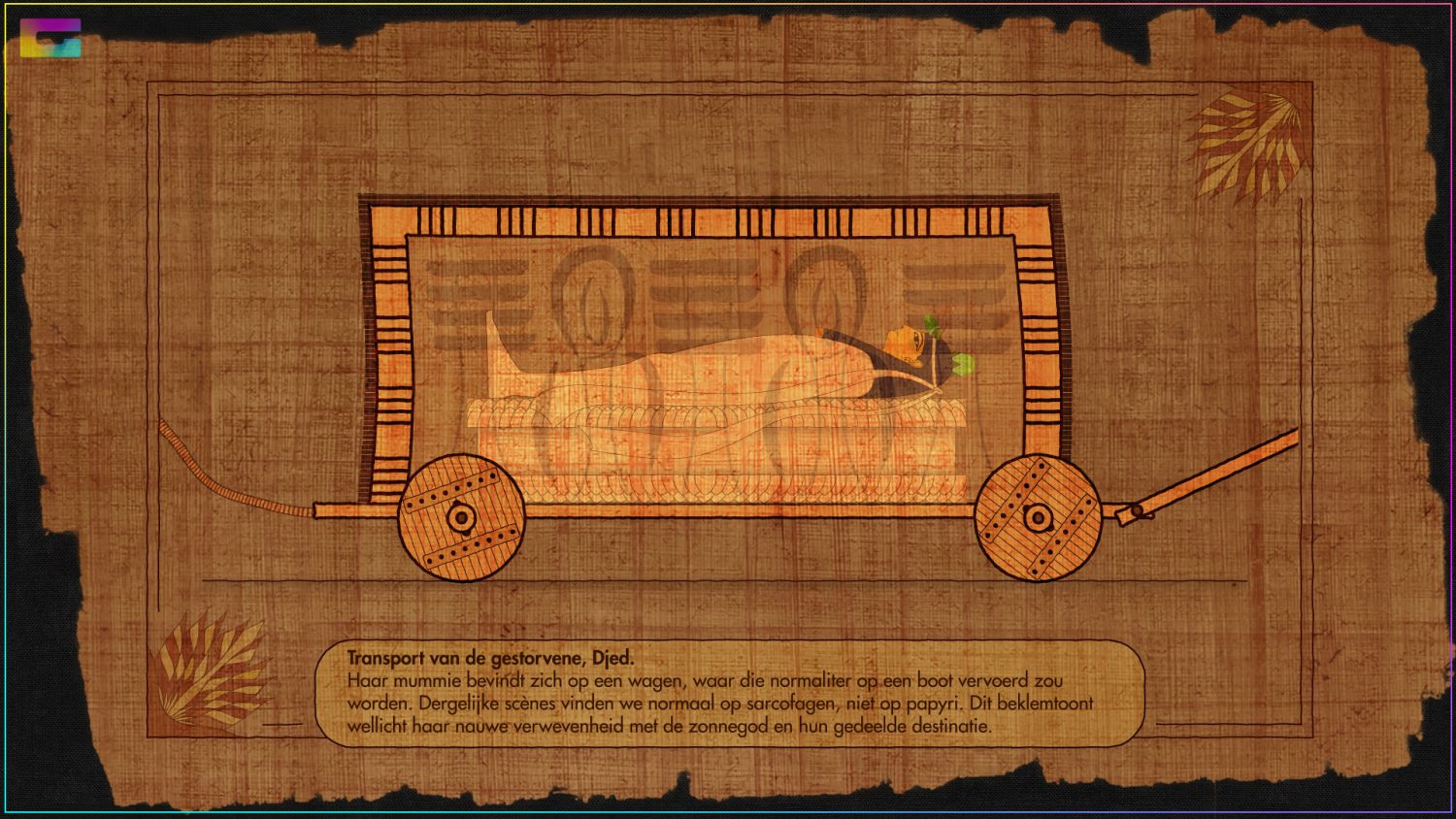 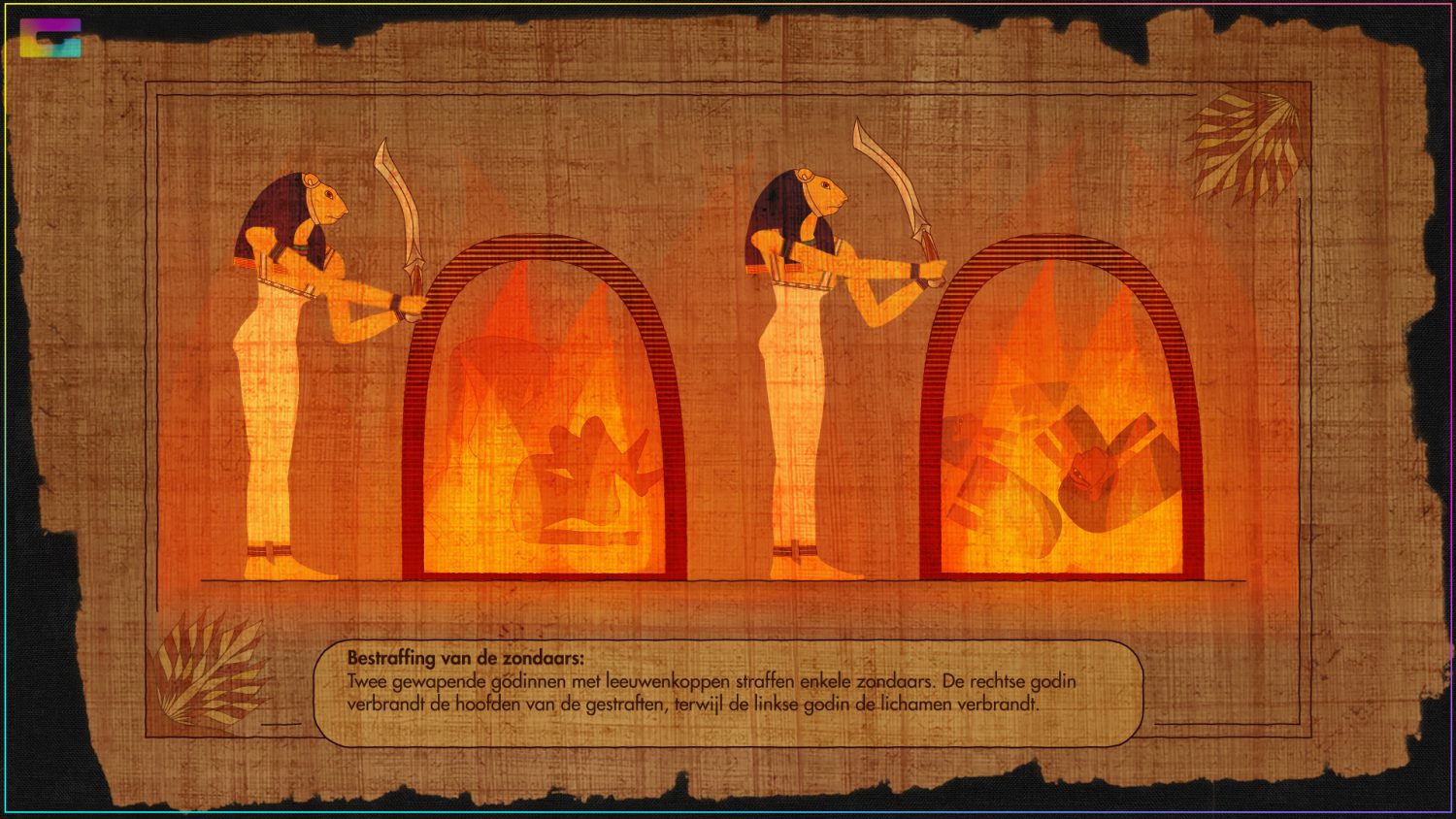 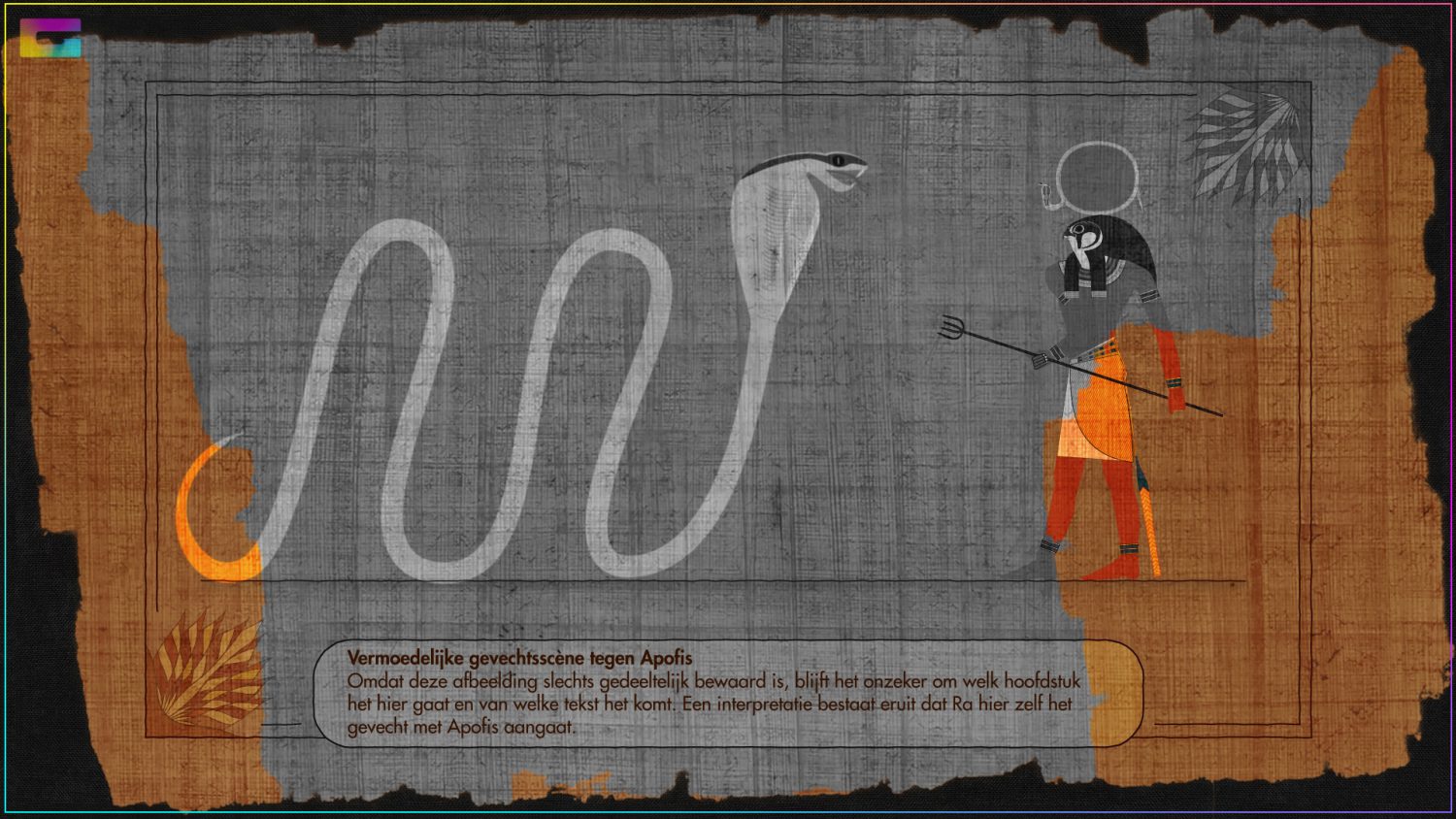 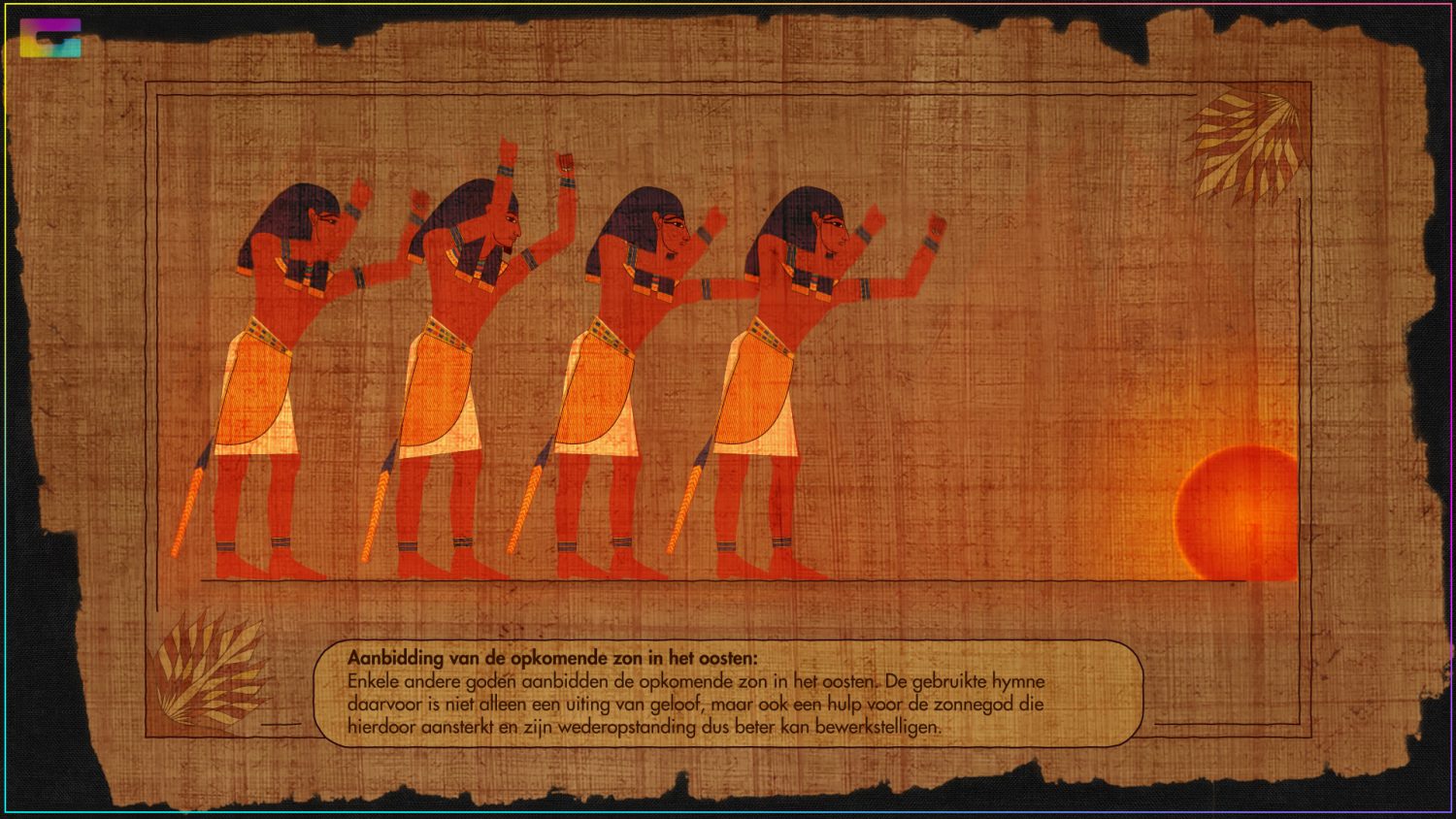 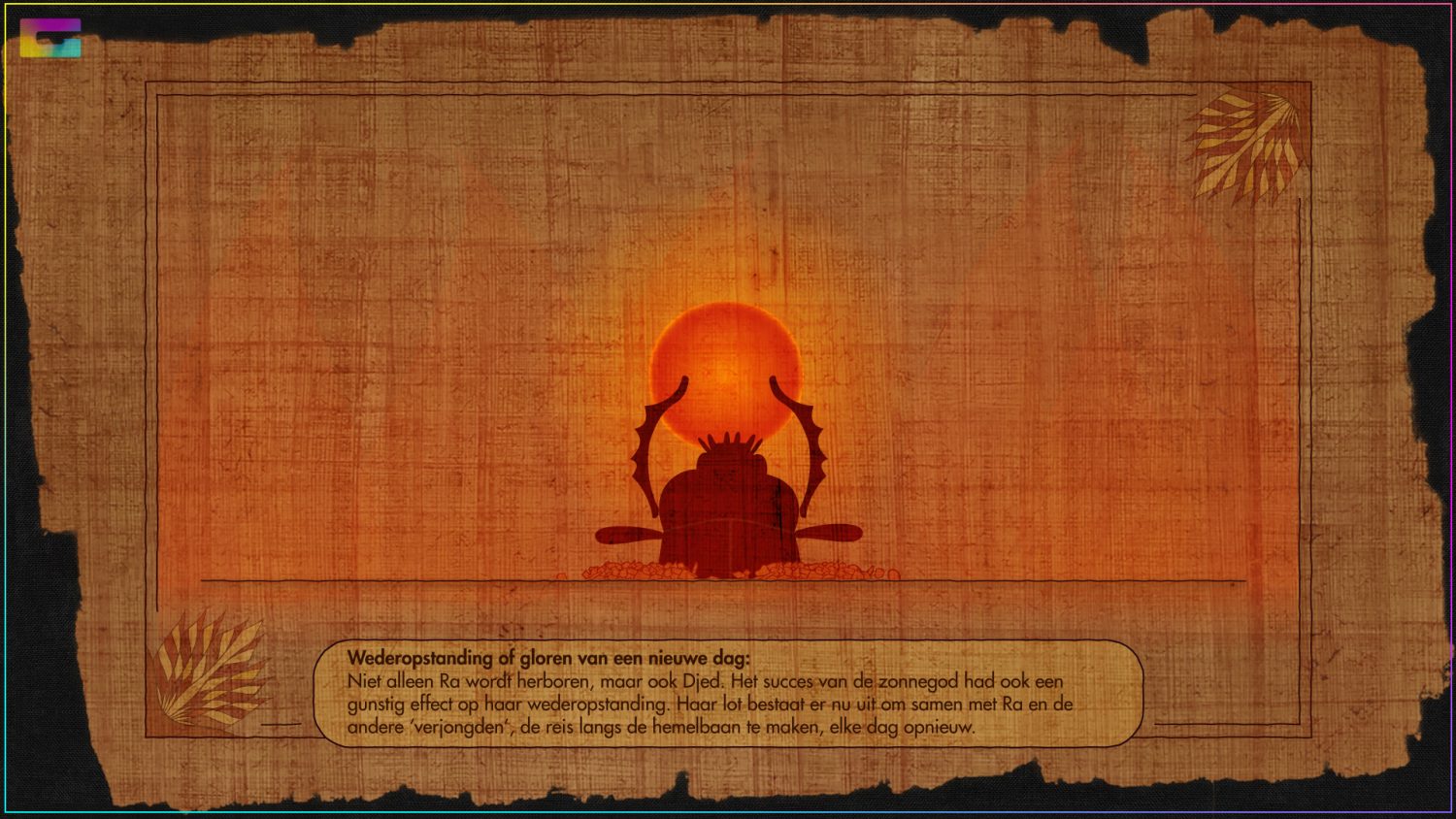